Larasati Auctioneer’s continue to provide excellent support in the development of Indonesian art, especially Balinese traditional painting, to growing local and international markets with its upcoming 21 January 2018 Traditional, Modern and Contemporary Art auction to be held in Ubud, Bali.

Eighty lots of fine art will go under the hammer, including paintings, sketches, a woodcarving and one delightful poster, in an array of categories, and with price accessibility for new buyers, intermediate collectors, and the connoisseurs alike. For the third year running real time, Internet bidding is available through the Larasati website opening the auction to a global audience.

For the new buyer, or novice wishing to add to their collections there are many paintings and drawings priced at lower than US $500 that are very good buys if purchased within their estimates. Two, especially glowing works by recognized female painter Ni Gusti Agung Galuh, lot # 545, Pulang Dari Sawah and lot #546 Sunset with Ducks, both have an estimated price of between Rp. 4 million – 5 million. Lot # 548, Sore Hari di Desa by Gusti Agung Wiranata also has the same estimated price, while lot #524, Ocean Village Scene, an early work by the renown Batuan painter Wayan Bendi has an estimated price of between Rp. 5 million – 7 million and is another excellent opportunity to purchase a strong work. All of these works represent buying value not possible when purchasing paintings direct from the artist’s studio or from a gallery. 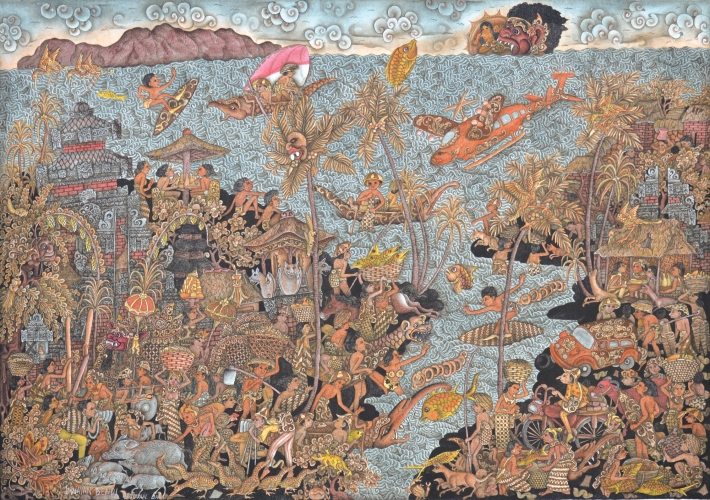 Four works are on offer by Mokoh, noted for breaking with convention and producing compositions that were quirky, lurid, even intimate and highly unusual. The present owner purchased the paintings directly from the artist, and lot #553, Tajen, a delightful scene of an audience watching a cock fight, has an estimated price of between Rp. 22 million – 32 million.

An early work dated 1989, by Ubud’s most celebrated living painter, Anak Agung Anom Gde Sukawati, lot # 564 Suasana Pasar was painted when he was only 23 years old. While the influence of his father, A.A Gde Meregeg (1912-2000) is obvious, some five years later his work evolved and made a clear departure from his father’s style. With an estimated price of between Rp. 90 million – 110 million, this is an extraordinary piece to collect.

An extremely rare and early masterpiece by, arguably the most talented Balinese painter of the 20th century, Ida Bagus Made Poleng (1915-1999), will receive the attention from connoisseurs. Lot # 579, Stone Mason is offered as the top lot in this auction, with an estimated price between Rp.350 million – 450 million. Probably produced in the early 1940’s as it is painted on Masonite board, the work, which has excellent provenance, reveals his mastery of composition and the strong influence of Rudolf Bonnet is clearly shown in the way he has depicted figures working in the field.

The final lot during the afternoon, lot # 580 by Made Sukada, Bali Life, has an estimated price between Rp. 40 million – 80 million and also comes with excellence provenance. An early work of remarkable beauty, its layered composition reveals fascinating central background features and is another step in Sukada’s journey in the master of anatomy, influenced by Rudolf Bonnet’s signature style of elongated human proportion.

Potential buyers bidding over the phone, or via real-time Internet bidding who are unable to attend the previews days or auction are advised to contact Larasati and enquire about the colour reproduction accuracy of the images contained within the online catalogue to ensure that what they wish to purchase can be realistically appraised. The absence of reference to the condition of a lot in the catalogue description does not imply that the lot is free from faults or imperfections, therefore condition reports of the works, outlining the paintings current state and whether it has repairs or over painting, are available upon request. 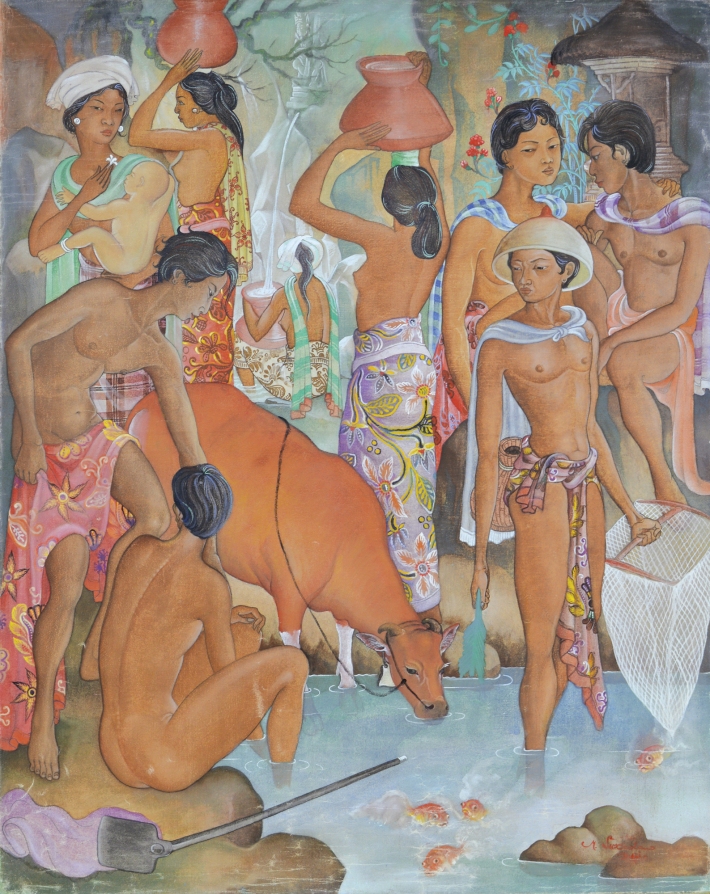 Provenance, the historical data of the works previous owner/s is also important and is provided. An information guide including before the auction, during the auction and after the auction details, including conditions of business, the bidding process, payment, storage and insurance, and shipping of the work is also available. A buyer’s premium is payable by the buyer of each lot at rate of 22% of the hammer price of the lot.

Open to the public at the Larasati Art Space in the Tebesaya Gallery the auction starts at 2:30 pm Sunday 21 January, while viewing begins from 11am Friday. The online catalogue, complete with a guide for prospective buyers is available at: www.larasati.com 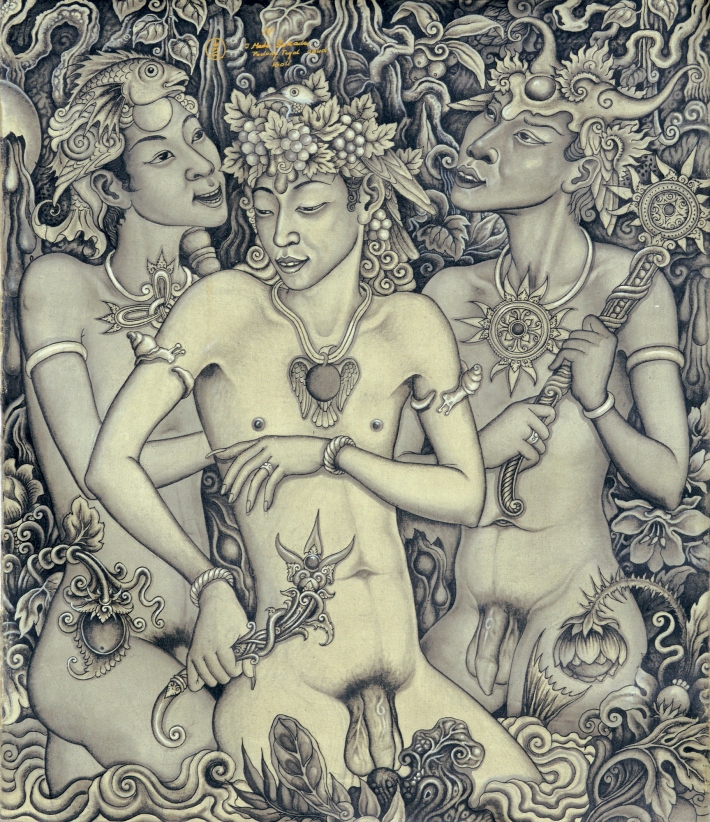