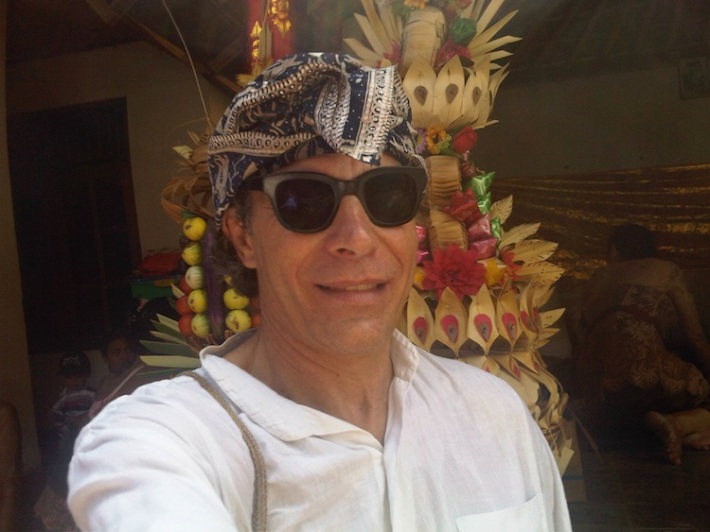 A lust for life and adventure, along with a generous dose of savvy have propelled New York City born and bred Bruce W. Carpenter around the planet.

The son of a young American soldier who returned from WWII with an upper class English bride, Carpenter found himself torn between the idealism and glory of old Britain and the cosmopolitan metropolis of his birth. In the end, the creative cauldron that was NYC in the 60s & 70s would be the winner.

“I found my sanctuary in the great museums and then seminal art scene of the “City” where I was introduced to the Underground Art Scene and the Beat Poets. This would lead on to the first happenings, the precursor of installations, in Soho lofts, Andy Warhol’s Factory, experimental theatre and film,” says Carpenter, who eventually channelled his creativity into filmmaking. Carpenter was also an eyewitness and full-blown inductee into the Woodstock Generation, having attended the concert, and the Age of Aquarius. He played in a Blues band and was a member of several theatre groups. 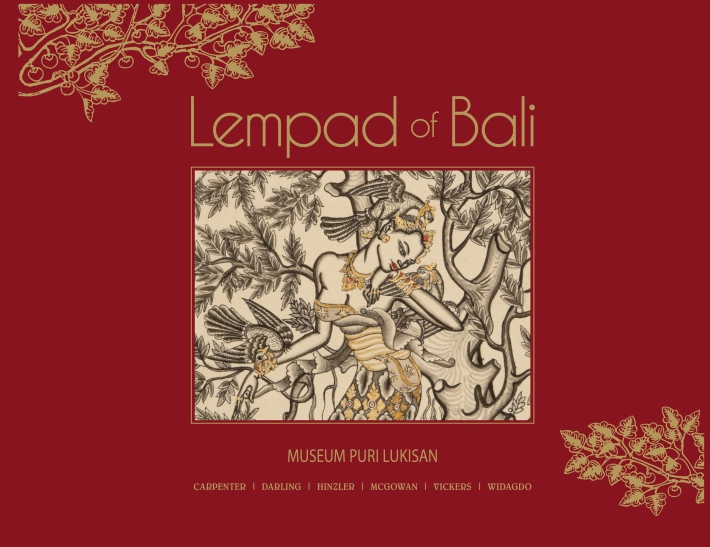 The election of Richard Nixon and the resurgence of the conservative right, along with the death of a brother who served during the Vietnam War, precipitated a leap across the Atlantic Ocean to the city of Amsterdam where idyllic hippie dreams were still raging on. After experiencing one long and miserable Northern European winter, Carpenter succumbed to exotic tales of the mystic East recited by a new breed of young travellers.

In 1974 he sold his camera and bought a one-way ticket to Bangkok. During the next 18 months he would explore the east crisscrossing the Malay Peninsula and Indonesia starting in Sumatra. Together with the Swiss artist-photographer, Charles Junod, they would scout out wild destinations and create surreal installations that they photographed. These would tour Europe in an exhibition of surreal photography sponsored by the Canon Gallery.

When Carpenter arrived on the island paradise of Bali, Kuta was no more than a small village set in coconut groves adjacent to the beach. “There was a handful of homestays with a cast of international bohemian suffers and roaming hippies as the guests,” he recounts. The two most dangerous moving objects were falling coconuts and the deer-like Balinese cow. 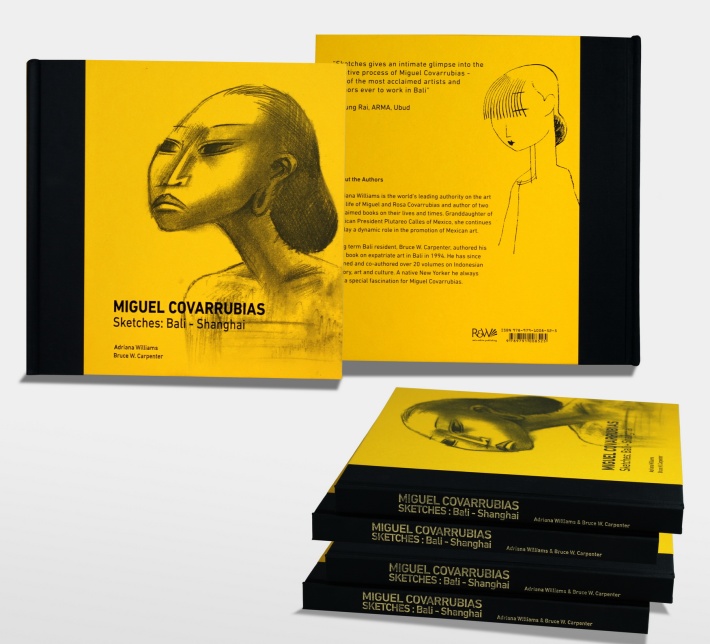 For the next decade Carpenter led a nomadic lifestyle with regular visits to Bali. In the early 1980s, after meeting Dr. Stanley Kripper, he began organizing cultural tours under the auspices of the Institute of Noetic Sciences in Sausalito. These specialized in visits to traditional healers and religious figures and would end with a book on traditional Balinese healing co-authored with Krippner and Dr. Denny Thong the head of Bali’s mental hospital in Bangli.

In 1985 Carpenter settled in Ubud and began working on a series of research and art projects usually tied with the art, history and culture of Indonesia. As his reputation grew he was invited to author and co-author a growing number of books. In 1993 he gained wide attention as the author of Willem G. Hofker, Painter of Bali (1993), the first major book on an expatriate artist on Bali. Several other books on expatriate artists soon followed including the acclaimed, W.O.J. Nieuwenkamp, the First European Artist in Bali (1997).

“Often in life, its not what you know, but who you know,” says Carpenter. Through a serious of discussions with key figures in the hotel industry in Bali Carpenter was to be granted a wonderful opportunity after he convinced the management of the Four Seasons Resort in Jimbaran that luxury hotels were the natural heirs of the mantle once held by the royal palaces as patrons of the arts. The result was the opening of the Ganesha Gallery, the first dedicated art gallery on the premises of a hotel in 1992. This was hailed as an excellent cultural bridge between the guests and Indonesian modern and traditional art. 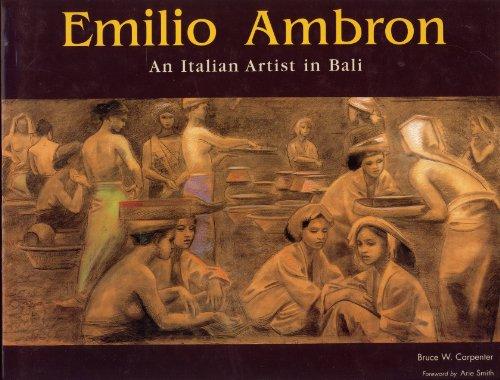 Initially the resort attracted wealthy and sophisticated international clientele and with the charismatic Carpenter as the figurehead of Ganesha and his sharp eye for art, the timing was perfect and it became an immediate success.

For a 15-year period the gallery held 12 exhibitions a year, an unheard of phenomenon in Indonesian art, confirming it as the fine art gallery in Bali. In its heyday well-heeled guests and local collectors purchased quantities of art, however over the years as the profile of the guests changed, along with events such as the Gulf War, 9/11 and the Bali bombings, and its market gradually faded. This experience for Carpenter gifted him with enormous experience and knowledge, along with connections and an international reputation.

In the meanwhile Carpenter would also begin publishing a series of books on the traditional arts of Indonesia, including Mentawai Art, Batak Sculpture, Nias Sculpture and two books on traditional jewellery. “I am a firm believer that expatriates should contribute to the country they live in. I was blessed with a deep knowledge and appreciation of Indonesian arts and culture which is fast disappearing and I have taken it upon myself to try to record as much of it as possible. 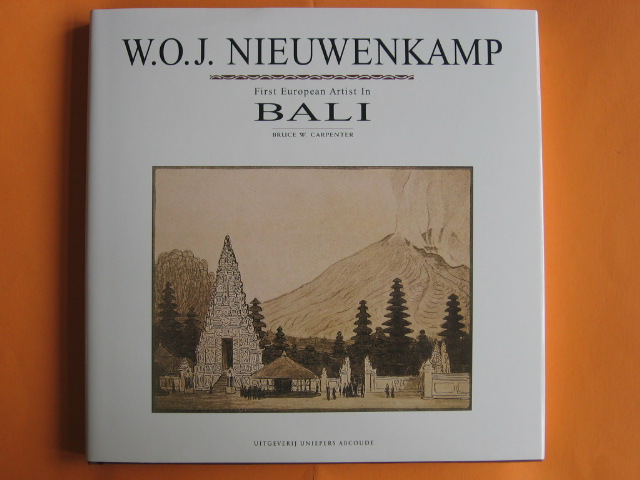 In all, Carpenter has written and co-authored over twenty books and scores of articles on Indonesian art, culture and history. However, with the recent release of the book Lempad of Bali – The illuminating Line, the first fully comprehensive study on the master of Balinese traditional artist, Gusti Nyoman Lempad (1862-1978), on the 20th September 2014 at Museum Puri Lukisan, he admits, “this has by far been the most challenging project I have engaged in in my life.”

“As the book concept and project manager my list of tasks was unprecedented. I had to oversee interactions with over forty institutions and collectors in eight different countries, each with different requirements, along with dealing with six authors, one of whom is dead!” Carpenter says. “Our endeavour was to include the broadest range of Lempad’s works available in the book, therefore the detective work required was unbeknown to us and consequentially enormous.” The beautiful volume of over 424 pages is the culmination of more than six years work for the team of dedicated and respected academics and professionals.

“Bali deserves to have world class art exhibitions, books and events to create more interest in its immense and unique culture,” Carpenter states.

“I am dedicated to the publication of illustrated books on the traditional arts of Indonesia which have disappeared or are disappearing. We honor the past by recording its brilliance. I also feel it is important to urge young Indonesians to do the same. It is ironic that westerners play such a critical role in the studies of Indonesian art. This should change.”

Opinionated and articulate Carpenter counts many, including the rich and famous, as friends. A father of two he cuts both a dashing and unusual figure. His trailblazing journey through life is rich in colourful tales that are steeped in the exotic, mysterious and dynamic. 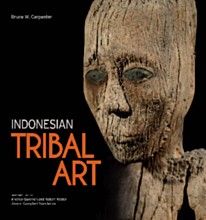