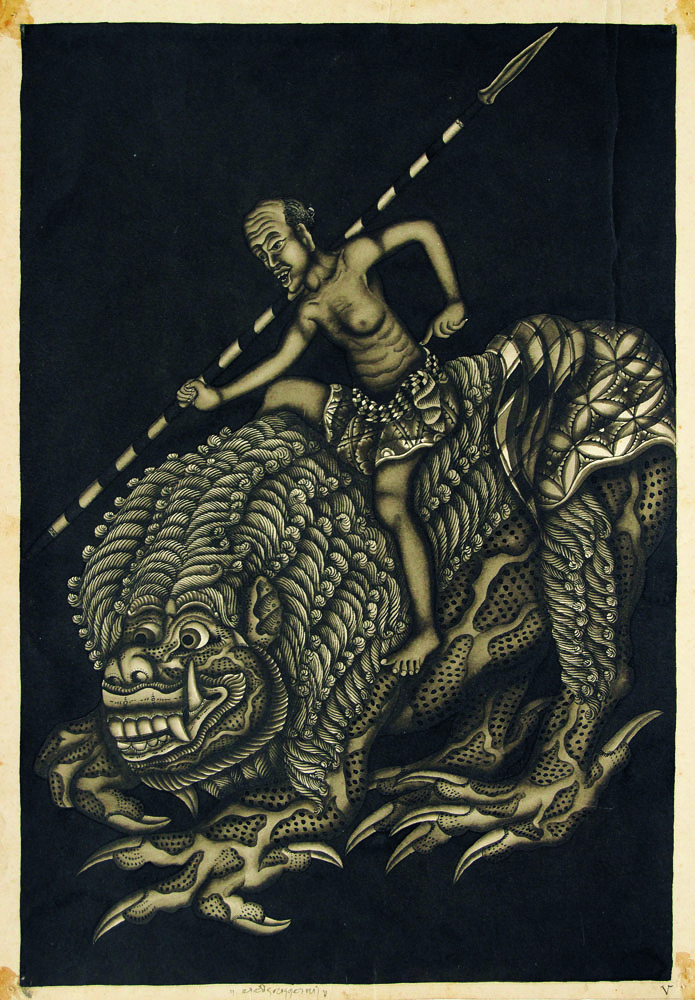 For sale amongst the 81 lots were wood cravings, one contemporary sculpture, sets of lithographs, watercolours, pastels and ink sketches on paper, and paintings on canvas in natural colours, oils and acrylics at prices beginning at a low Rp. 1.5 million (all sold works incur a buyers premium added on top of the hammer price).

An exciting feature of the sale was Larasati Auctioneers providing for the first ever real time data over the internet allowing easy, direct access to buying opportunities for a global audience. With 90% of the works sold (including 3 over the internet), along with the enormous response by bidders on the phone, (more 25% of the works sold), and all the major lots of “Young & Old Masters” selling, the auction was a huge success.

“When we started our Bali auctions 10 years ago the buyers were 95% Indonesians,” said Daniel Komala CEO of Larasati Auctioneers, who was very happy with the auction’s results. “In attendance at the auction was a great mix of people, the majority non-Indonesians, and even though the Balinese traditional market is a small niche market, it is truly an international market. Our first experience with real time online platform functioned excellently and we are excited about the future prospects for the growing pool international collectors.”

Another highly sought after painting by bidders on the floor and the phone, pushing the price well above the estimated price was Lot #38 “Arja Dance” by Wayan Sudana (1966 Peliatan). This vibrant 120 x 150 cm acrylic on canvas composition sold for Rp. 65,000,000. Considered a ritual specialist from a high caste Brahmin priest family Ida Bagus Made Poleng (1915-1999 Tebesaya) had a special relationship with his paintings, calling them “his children” and rarely sold his works. The most prized of all Balinese painters, Lot #80 his “Legong Dance”, received much attention from phone bidders and sold for Rp. 750,000,000.

The Witch and the Servant  –  Gusti Nyoman Lempad

For new collectors to the market there were good works by favoured artists available at low prices and it must be noted that works are obtainable via auction cheaper than buying directly from artist’s studios. A 10 year future projection of current prices would confirm that buying now is a sound investment, while researching prices from the Larasati auctions 10 years ago confirm this to be true.

Balinese traditional art offers enormous scope for the astute investor to capitalize. The prices for the old masters of Balinese art remain strong and the market is expanding in a healthy way. The fact that the market is growing slowly, yet solidly is a fine achievement for Larasati Auctioneers.