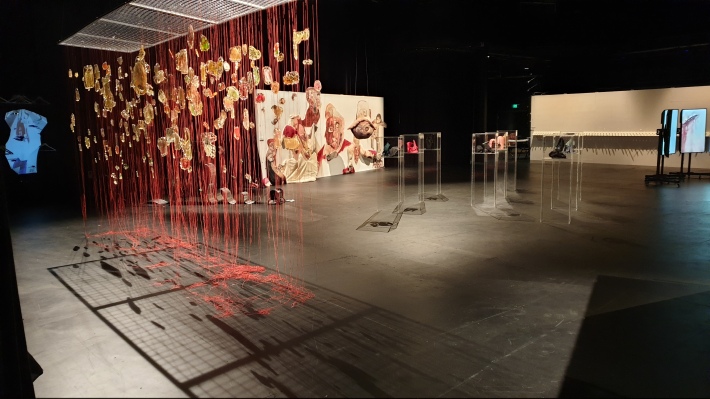 Yaya Sung’s thought-provoking investigation into the murder of seven Indonesian army generals during the 1965 coup that overthrew President Sukarno’s reign during the 30 September Movement (G30S), “The Future (Lies)” 2018, was recently displayed in Melbourne, Australia. It was one of nine contemporary artworks presented in #Perempuan, a group exhibition by female and male emerging Indonesian artists at Space 28, the Victorian College of the Arts (VCA), Southbank, open 5-14 December, 2018.

Exhibited along side Sung’s seven screen video installation of seven naked male models with make-up representing the general’s fatal stab and gun shot wounds according to the official autopsy reports was the artists book, with translations, detailing her extensive museum-like archival research.

The narrative released by the New Order Regime under the incoming Suharto’s government claimed that the generals’ deaths were the responsibility of the underground 1950’s Indonesian women’s rights organization Gerwani. The fabrication stated they were sadistically tortured and their bodies sexually mutilated culminating in their deaths, thus leading to Gerwani’s reputation as ‘violent, deviant and crazed’ women. Suharto deliberately discredited Gerwani due to its association with the PKI, (the Indonesian communist party) while advocating women should take up supporting roles out of public life and traditional maternal roles.

With the increasing rise of moral conservatism in Indonesia artist’s rights to freedom of speech are increasingly being encroached. Exhibitions, and public sculptures have come under attack, being either forced to close, or works dismantled, due to what is deemed as offensive themes and content. Two elements of Sung’s insightful artwork make it too sensitive to be shown in Indonesia, yet suitable for an international audience in Melbourne – content featuring nudity, and the examination of the events related to the 30 September Movement. 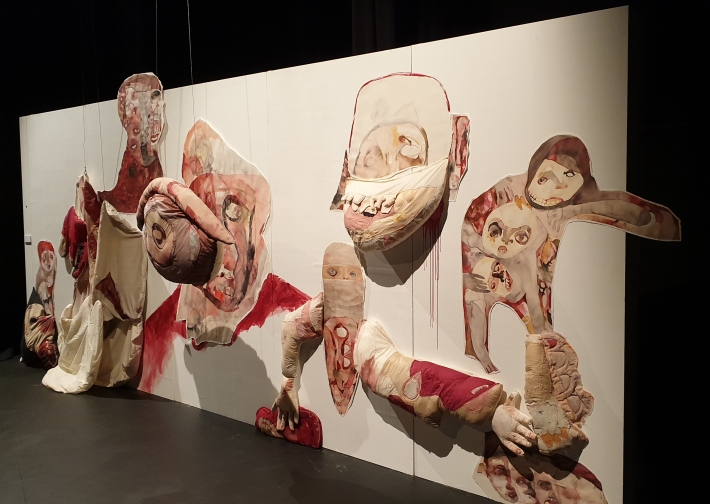 “One is a million” – Ruth Marbun

Stories concerning subjects from the present and past were granted new life for contemplation and dialogue in the first international Indonesian contemporary art exhibition that focused on issues relating to Indonesian women. Sponsored by Project 11, as part of Multicultural Arts Victoria’s Asian contemporary arts festival Mapping Melbourne 2018, #Perempuan explored topics relating to politics; social, cultural and gender identity politics; values and traditions and the changing roles of Indonesian women. 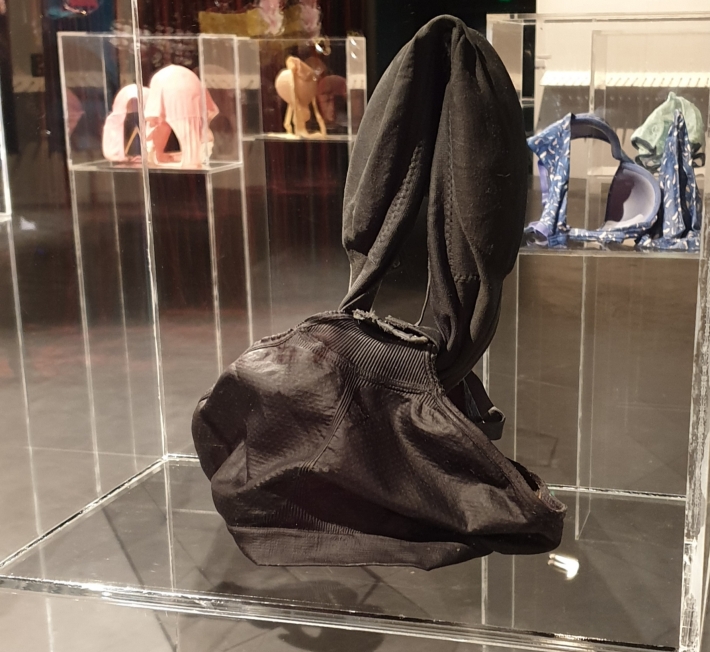 “Traditional lives are very orchestrated in Indonesia,” stated Saptari, and continued, “During the process of organizing this exhibition Konfir and I (Konfir Kabo of Project 11) realized that one of the major challenges facing female Indonesian artists is their capacity for career continuity. Many women sacrifice their art for family commitments, getting married, and putting the male first. We wanted to give women artists an opportunity to talk about issues that matter to them.”

Yogyakarta artist Arum Dayu’s invitation to her parents to examine with her the challenges of being unmarried within the format of her artwork proved for the artist a unique experience. Kapan nikah? (When are you going to get married?), 2018 featured Dayu photographed with potential husbands, and her parents, all dressed in traditional attire. The focal image included an edited recording of her discussions with her parents, revealing them to be understanding and supportive of her culturally frowned upon position – a young woman without a husband.

A large assemblage of layered fabric sculptures and watercolour works on paper in pink and blood-red flesh tones reveals disfigured faces and body parts – with eyes that eerily peer out at the audience. One is a million, 2018 by Bandung artist Ruth Marbun was a captivating installation with theatrical elements examining the female human experience. Marbun finds beauty in the adversity, and that women achieve so much through sacrifice and dedication, without receiving recognition.

Raised by his parents to play the role of the eldest daughter of the family and caretaker of the parents when elderly, Tandia Bambang Permadi’s photograph installation After-sex selfies, 2018, fascinated, while highlighting some of the complexities of Javanese culture. Permadi’s probe into his dual male/female life roles and self-identity culminated into ‘female selfie images of conquest’ taken by his numerous sexual partners. His naked photo series revealed his renegotiation of gender roles. 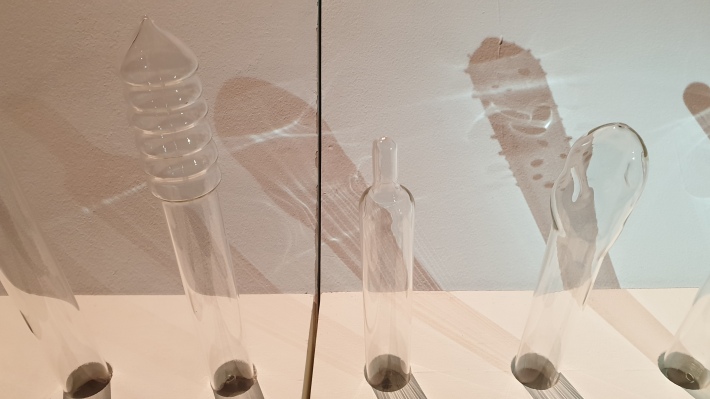 Two-hundred and twenty individually distinct, phallic objects hand-made from blown glass positioned in line along a 15 meter wall with special lighting made for a unique aesthetic experience. Silence, 2018 is Patricia Untario’s statement about the absence sex education available to young Indonesian woman. This work too is also too controversial to be exhibited in the artist’s country of birth.

“Because of the complex meeting of traditional and modern values Indonesian women have to continually fight to achieve sovereign rights that many women in other parts of the world now take for granted.” Saptari stated, “Its important for us to share these voices and unheard stories so outsiders can appreciate the many cultural complications facing Indonesian women. 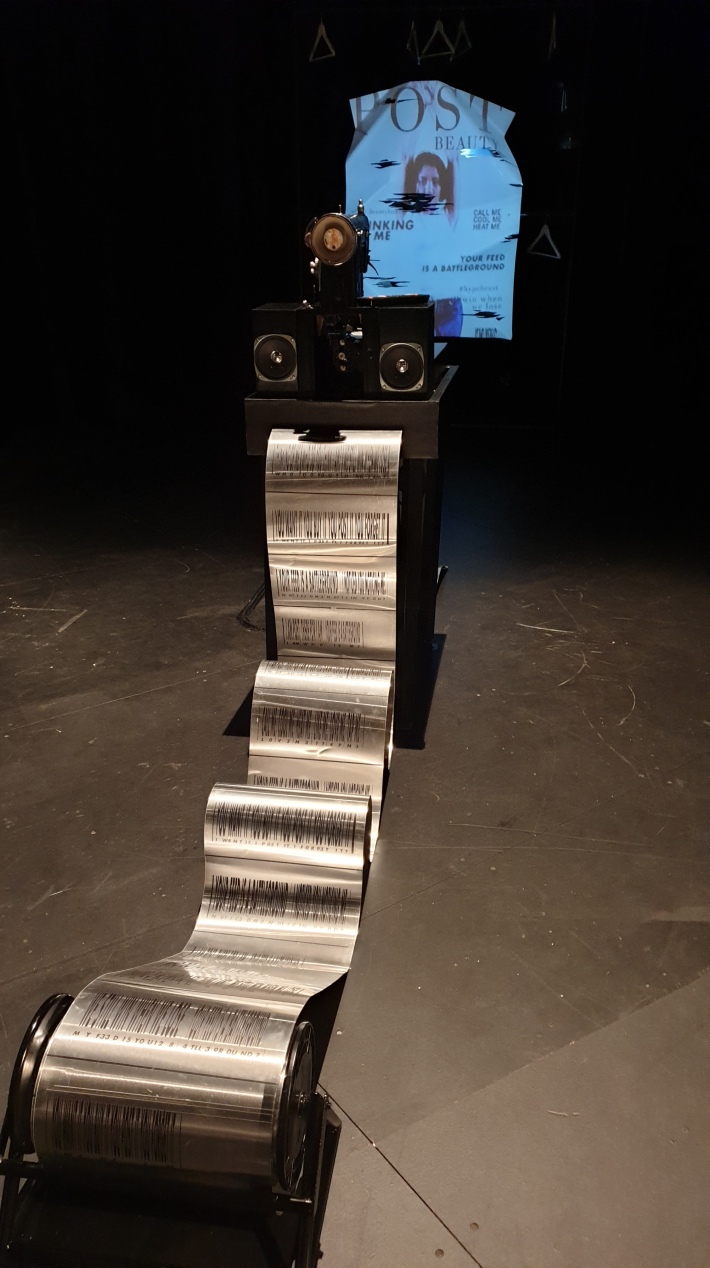 “I believe the 21st century is excellent time to be a woman,” she continued. “There is so much rapid change going on, with advances in technology and the Internet.”   “I was surprised and encouraged by the quality of the work in this exhibition, especially by the very young women artists who proved they are both critical, and very adept in navigating their way around in this modern era.”