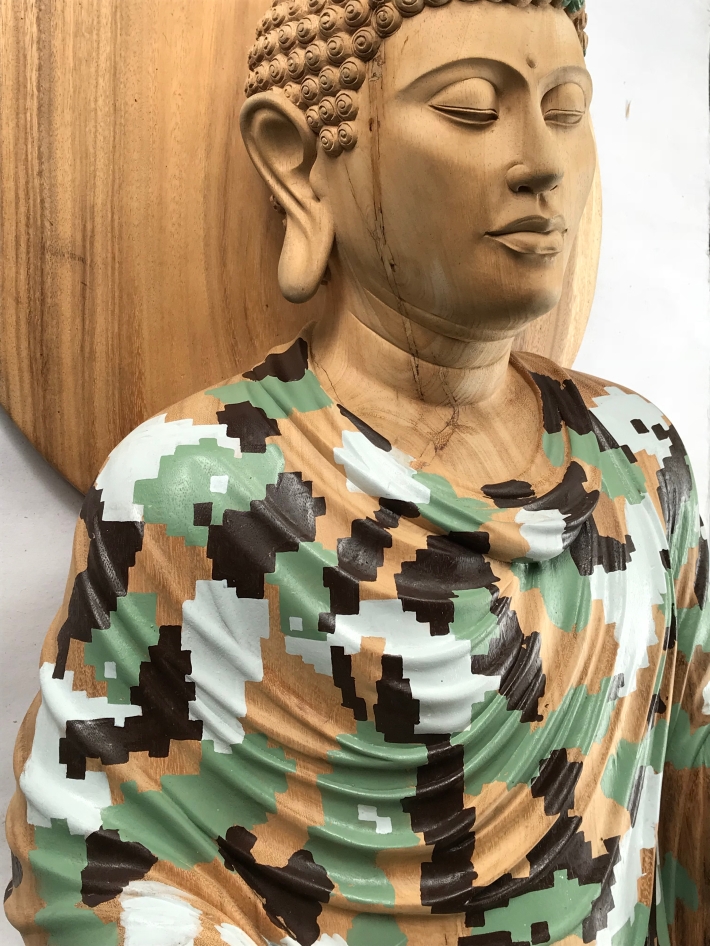 What is the value of human life?

How does our society appraise personal endeavour, imagination and creativity when the priority of doctors and medical staff in hospitals is the preservation of life? Governments and penal systems assess prisoners as having little to contribute to community, some electing to terminate the lives of ‘serious offenders’ through capital punishment. Why is it acceptable for governments to execute people, while murder is illegal?

The exhibition “Dipping in the Kool Aid” relates to aspects of prisons and the incarceration system, and opened at Tony Raka Art Gallery, Ubud 4 March. It features the artworks of prisoners, artworks produced from workshops given by contemporary artists in Bali prisons, and independently produced works by some of the invited established and emerging Indonesian and Australian artists. The works selected from a range of workshops, predominantly in the Klungkung Jail, East Bali, and the Bangli Jail, include installations, paintings, drawings and photographs, along with a painting by a member of the controversial Bali Nine inmates, Renae Lawrence.

“A function of prisons practically everywhere in the world ensures inmates are social outsiders, largely invisible to most citizens,” said Australian artist Mary Lou Pavlovic who organized and curated the exhibition. “Our central concern is to bring aspects of prison life to public view.”

The idea of the exhibition emerged from an art program Pavlovic helped establish with inmates at the Bangli Jail, Central Bali soon after the second round of prisoner executions were ordered by the President of the Republic of Indonesia Joko Widodo in 2015. “Our aim is to cherish and preserve life, the driving motivator for this entire project.” 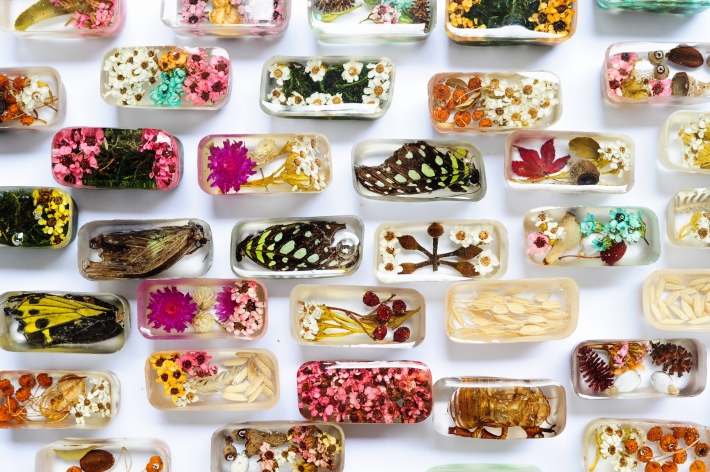 In April 2017 Pavlovic’s proposal written in response to the open call Apex Franchise Exhibition, sponsored by the apexart Gallery New York, offering funded exhibition opportunities, won. More than two hundred international art expert jurors had voted for her proposal to curate an exhibition in Bali about artists and prisoners collaborations arising from prison workshops. A non-profit arts organization in Lower Manhattan, apexart is funded in part by the Andy Warhol Foundation, and offers opportunities to independent curators and emerging and established artists, and challenges ideas about art, its practice, and its curation.

Highlights of “Dipping in the Kool Aid”, in which the cell formation is a theme of the exhibition’s presentation to emphasize the living space – life behind bars within a prison cell, include, the tiny, delicate folded paper birds “Terapi Origami/Orizuru” by Ridwan Fatkhurodin a.k.a. Kriyip on display, yet also given as symbolic gifts to attendees during the opening ceremony, Kenyut Djunaidi’s collaborative etched mirror self-portraits “Kamu Adalah Aku, (You are Me)” and Australian Rodney Glick’s humorously militarized carved wooden icon “Pixel Buddha”. Elizabeth Gower’s “365 Rotations” adds an ethereal element to the show. Multiple circular collages Gower and inmates forged from discarded packaging and advertising material form a constellation of wonderful geometric patterns. 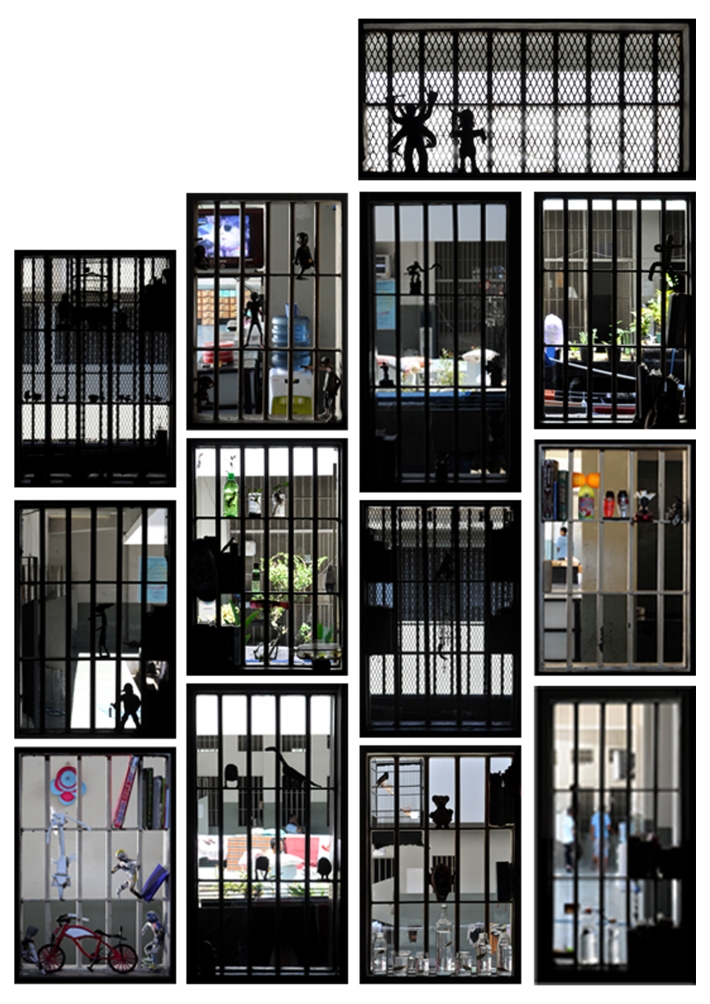 Popular Indonesian artist Angki Purbandono presents an installation of photographs “Out of the Box” revealing his experience of ‘doing time’. Incarcerated for one year in Yogyakarta during 2013 for smoking marijuana, refusing to accept his imprisonment, Angki declared instead that he was undertaking an artist’s residency, and taught a guard how to take photographs. He also established the Prison Art Programs, a group of inmates and ex-inmates who exhibit art inside and outside the jail; some members are included here.

Three meters by three and a half meters wide, luminescent and sparkling with life “Suspended Sentiments”, features over 1700 individual cells with flowers, leaves, nuts, berries, butterflies, bugs and Christmas decorations embedded within epoxy resin. Pavlovic’s wall installation, the outcome of workshops for women in Klungkung and Bangli Jails is beguiling in beauty and simplicity, yet rich in emotion. 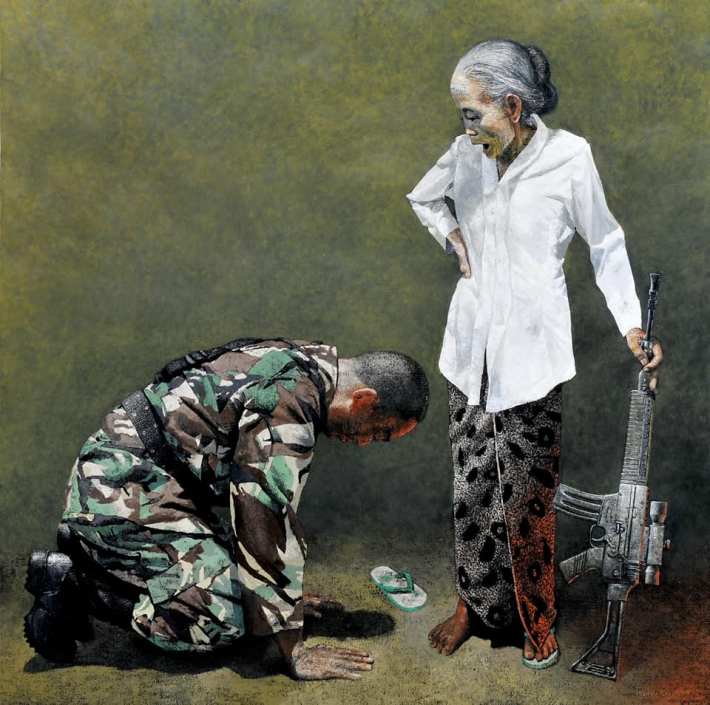 “Physical power is defeated by wisdom,” said renowned Balinese painter Agung Mangu Putra of his composition, “Forgiveness 2”. Inspired by an iconic image, originally popularized by Indonesia’s founding father, President Sukarno, who was photographed bowing to his mother, the state symbolically begs the pardon of not only a mother, but of a citizen, instead of the usual power dynamic in which citizens bow before the state. Mangu’s Putra’s painting reveals a state official – a soldier – bowing and begging forgiveness of his mother, who has taken away his gun.

“American jail slang for entering uninvited into a conversation, the phrase “Dipping in the Kool Aid” pays tribute to the discrete Javanese tradition of Pasemon,” Pavlovic said. Reflecting on Indonesia’s revolutionary era of political art that began under the authoritarian President Suharto’s New Order regime (1966-1998), artists and journalists used an indirect form of satire to criticize the government. Pasemon is elegant because it touches the conscience,” she continued. “Correcting without embarrassing authority.” 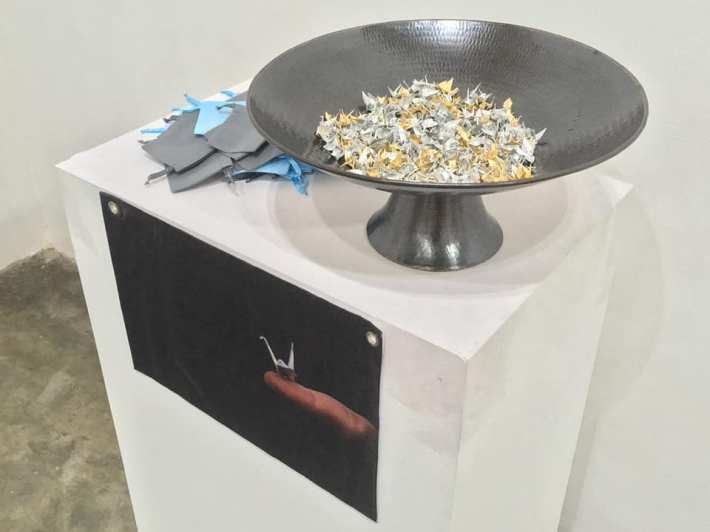 “Values expressed in this exhibition contrast with aspects of the government’s treatment of prisoners recently in Indonesia. Pasemon has created a space for us in which our political positions are clarified without scratching the wound.” 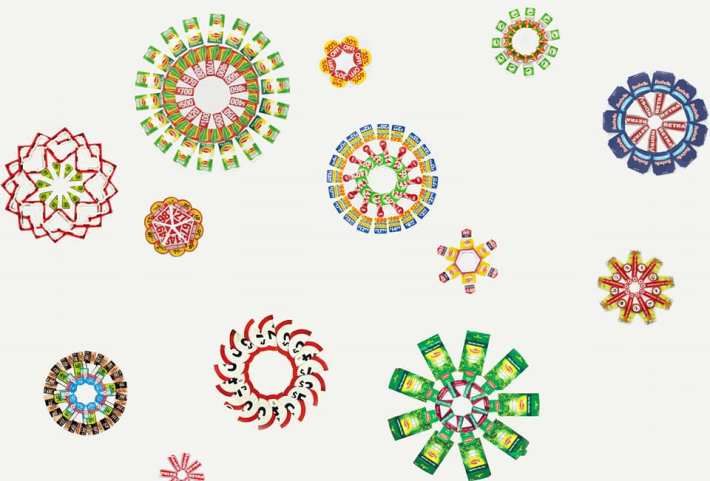 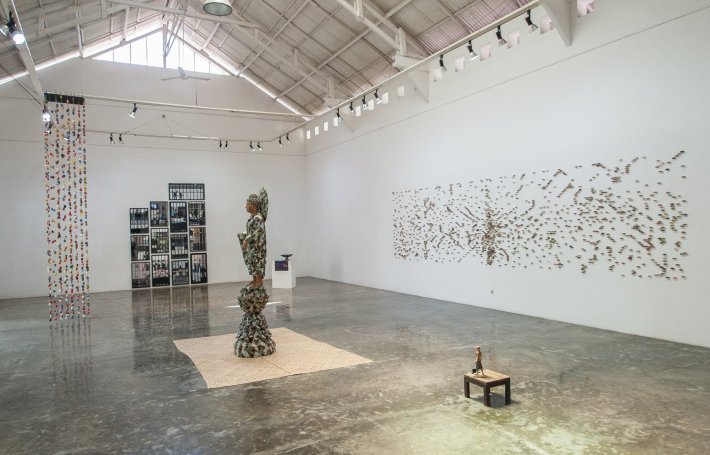 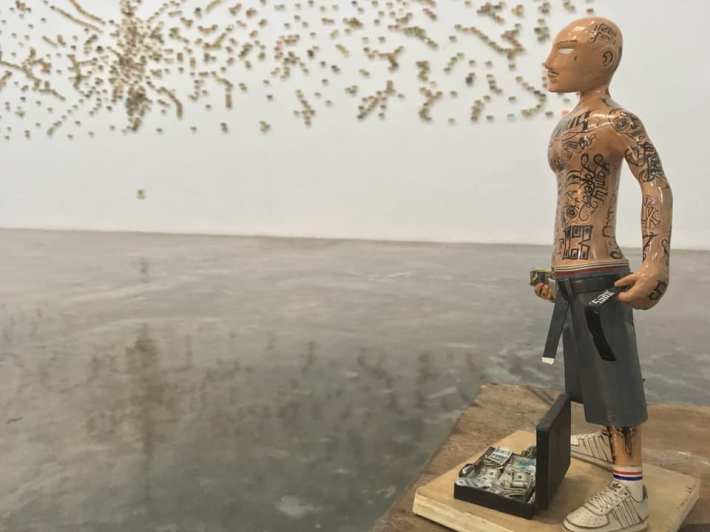 “Dipping in the Kool Aid”