In the 1920’s the first ever collection of black and white photographs of Bali were published in two volumes. In the previous century, however, Dutch colonialist began documenting the island and images began to trickle through to a select, and curious European audience. In the current era of digital media saturation, iconic images of Bali remain potent, increasingly inspiring new visitors to the island. 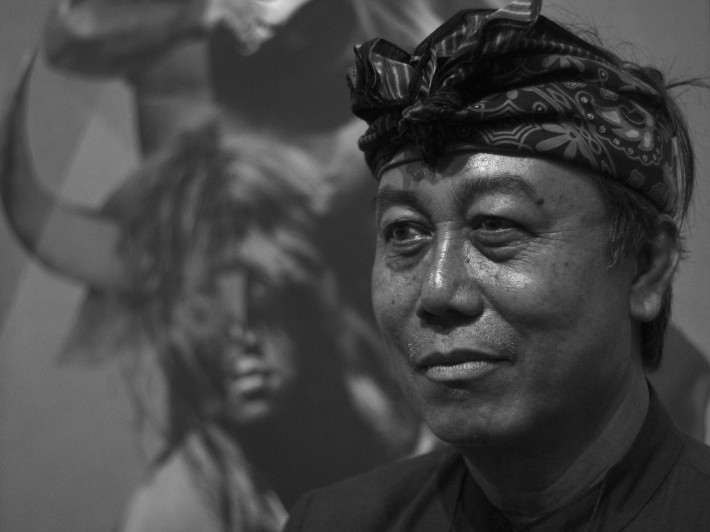 Over time, layer-by-layer outsiders have been exposed to riches of the unique Balinese Hindu culture. One photographer, Ida Bagus Putra Adnyana, from a Brahmana priest family, the highest caste of the Balinese social structure, is able to reveal rare digital insights into one of the most fascinating of local worlds. Gustra, as he his known, brings insider’s knowledge of his subjects, and is often granted access to rare ritual ceremonies to photograph with the greatest possible intimacy. While some of these images may appear strange, even shocking and absurd to Western eyes, he allows us a window into what is rarely documented in Bali. 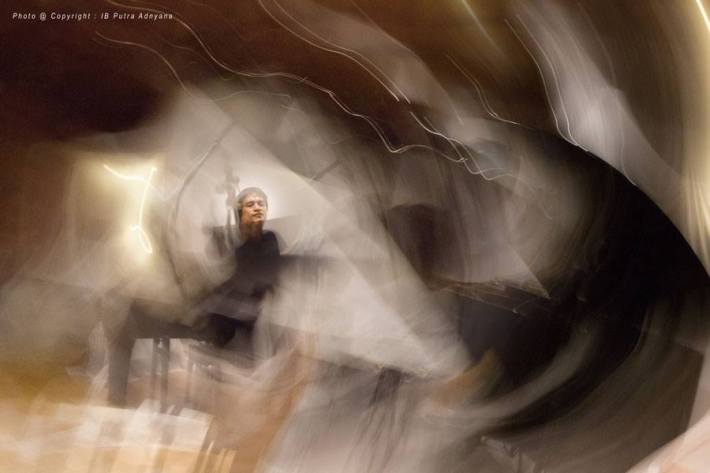 October heralds the release of Gustra’s most recent photo essay “Bali – Ancient Rites In The Digital Age”, with complimenting text by renowned cultural wordsmith Diana Darling. The books aims to bring clarity to of some of the extraordinary Balinese religious rituals that to the foreigner appear visually rich, and complex, yet there meaning remains obscure. The personal portfolio of work captured between 2011-2015, along with an array of imagery, features ceremonial scenes from remote East Bali, ancient and authentic, yet different to what we may witness in the local regency of Gianyar.

Including close up investigation of the rituals, along with specific notes made on location by Gustra, “Bali – Ancient Rites In The Digital Age” features extraordinary images, for example of the initiation of a high priest involving the priest licking the foot of his teacher in a symbolic gesture of the transformation of knowledge and power from guru to pupil. Published by BAB Publishing Indonesia the book will access a global audience via the large distribution and retail networks, available throughout the English speaking Western world along with many parts of Asia, Japan and the Pacific. Leading producers of luxury coffee table books BAB’s specialized topics are Indonesian art & crafts, textiles, cultural icons, important historical periods, culinary delights, world heritage sites and landscape explorations.

A self-taught photographer, born 1958 in Denpasar, Gustra first studied law yet in 1984 he committed to devoting his energy full time to photography, soon becoming an in demand professional, and successfully forging a noted career. He switched from analog to digital photography in 2000. Having regularly exhibited in Bali and Jakarta, as well as in Frankfurt and Japan, he has won many prizes, as well as his photographs being published internationally in numerous books and periodicals. Gustra has the distinction of winning the “Tourist Motif” competition for three years in a row, award by the Governor of Bali (1985-87).

Balinese Rituals for the Deceased- Gustra

Having published two books in his own right, while being a photo contributor to 7 international books, some of the most delightful cultural albums published in Indonesia and Singapore feature Gustra’s detailed lens work. He has work with the most respected and sort after authorities in the fields of fine art, antiques, history and culture, such as Dr. Adrian Vickers, Bruce Carpenter and Jean Couteau. Carpenter’s magnificent 2015 “Indonesian Tribal Art” book, and “Inventing Art: The Paintings of Batuan, Bali by Bruce Gransquist are testaments to Gustra’s work. 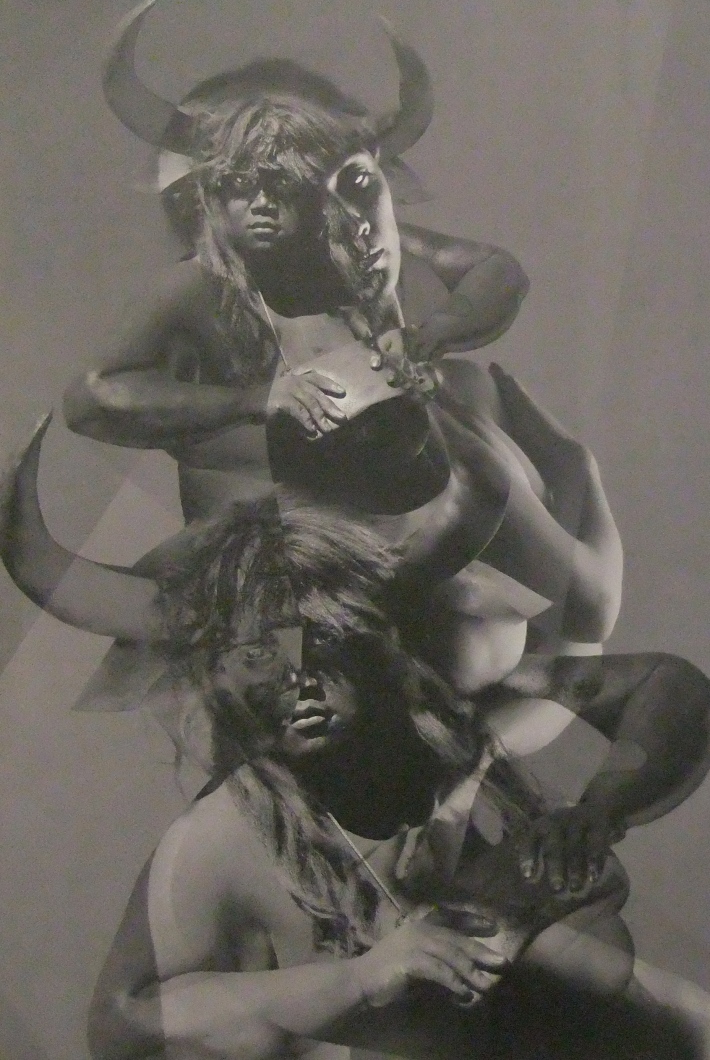 Subjects of beauty and power of Gustra’s culture have for many years been at the center of his attention. He has photographed most of the leading cultural identities in Bali, his black and white portraits capturing sensitive and revealing moments of his subjects. Recently, however he has delved into image experimentation utilizing modern technology and working in front of his large computer screen.

Gustra’s solo exhibition, 14-22 May at the Bentara Budaya Bali Cultural Center in Ketewel, “Citra Nyata. Tak Nyata, 3 Rupa Dalam 3 Dasawarsa” (Images Real, Not Real, 3 Types of         Forms in 30 Years) highlighted an array of work in various styles and themes, as well as some of his digital art photography, some works had an extra dimension decorated with dynamic hues of acrylic paint. “Kijang Kencana” 2015, a black and white composition of duality, tension and impending danger juxtaposed a beautiful maiden with a mighty demon, while “Gue R Nika, Illusi Kubisme” 2016, a black and white marvel of inter locking human and animal forms rendered via Photoshop and inspired by the Cubism art movement, were some of the highlights.

Constantly interacting with the finest creative minds he meets, both locals and foreigners in the essential dialogue, Gustra is highly active on Facebook. As a senior photographer he plays an important role in educating the young, growing local community of photographers. He posts articles on unusual and talented international photographers, interesting media documentations, competitions, and articles offering tips and inspiration to others. Committed to sharing, and passing on his knowledge, Gustra is well aware that Bali is a crucial and exciting transition of change, and most importantly in the development of much-needed art infrastructure.

“In Bali there are photographers who succeed via competitions, or through business. Often others follow the competition winner’s style, or themes and then trends develop. Not many have the talent and dedication to succeed in the art world and sometimes the young artists have boarders. They must be very brave and believe in their dreams, work hard and be open to, and work with many people, locals and foreigners, in order to learn and improve,” Gustra said.

“They must exhibit in big events and within big venues in order to gain more exposure and eventually support from the public, along with the needed media attention. Special management is required to co ordinate events and projects. There are many young and talented photographers in Bali, however to support the development of photography we need generous patrons as the production costs are higher than other art forms.” 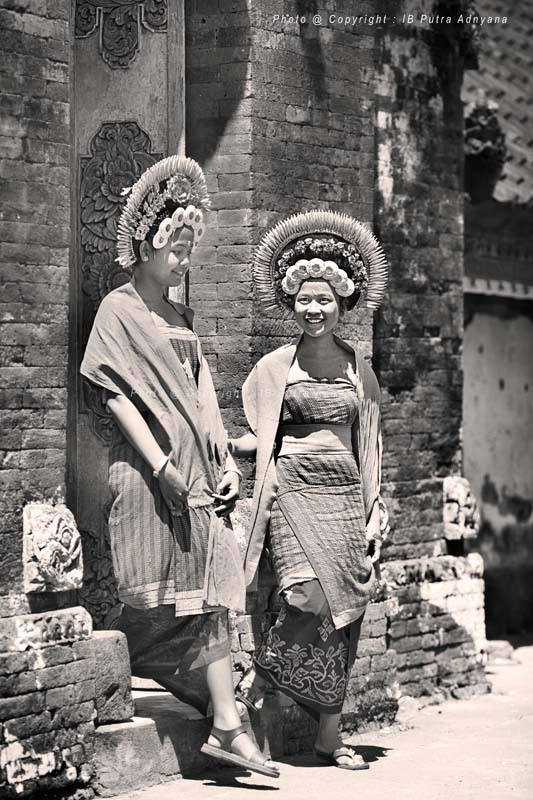